When eagles get frisky

Nature Diary has a new home! After ten years, and increasing frustration with the Advocate, I am now being published in the Local, edited by Donna Kelly. Donna and Kyle have been wonderfully welcoming, and this article about eagles looks just great in this week’s printed edition…

This winter we have been blessed with rain, but also some magical blue sky days, bathed in soft golden sunshine. Last week, on just such a day, I was wandering about in my local patch of the Wombat Forest when I spied a large dark bird circling low over the tree canopy. A wedge-tailed eagle! I stopped, and soon enough, another appeared.

I usually see these birds soaring over the paddocks surrounding Lalgambook (Mount Franklin), not flying tight and low over reasonably dense forest. One of the birds was smaller and much darker – most probably the male, the other, the female, was large with a golden ruff of feathers about the neck. Wedge-tailed eagles, like many birds of prey are sexually dimorphic, that is the males and females differ in appearance. The males are on average 3.2 kg in weight, the females are a whole kilogram heavier at 4.2 kg. This way, the pair can feed on slightly different sized prey and avoid competing directly with one another as they occupy the same hunting territory their whole adult lives.

As I watched the pair kept circling in a ritualistic kind of way, until the male flew high, straight up into the blue sky, went into a steep short dive, then pulled out and rose a little way up with wings partly open, only to repeat the process. The female, obviously impressed, joined her mate and they circled together in perfect unison, with matching slow wing beats and circles as precise as a pair of competitive ice skaters.

The male’s dive is called a pot hook display, and both sexes display in this way. The eagles also grapple with one another’s talons in a gravity defying tumble, and even do cartwheels! These aerial displays reinforce the pair bond, but also send signals to other sharp-eyed eagles far away – “this is our territory”. 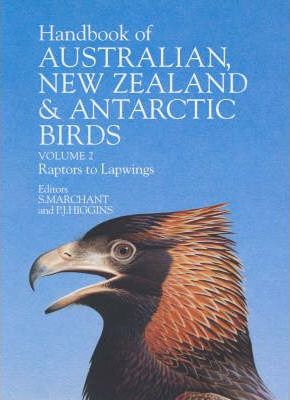 According to my trusty huge bird book, the 9-volume series known as the Handbook of Australian, New Zealand and Antarctic Birds (HANZAB), this kind of courtship carries on for a month or two followed by nest building, or nest repair.

A pair of eagles usually has 2-3 nests in one territory. These huge piles of sticks serve as territorial markers, and are renovated each year, depending on which nest is used that season. The parent eagles are very very sensitive to disturbance at the early stage of nest building or egg laying so if you know of a nest site do stay well away, particularly around the base of the tree. A perfect situation is being one top of one ridge line and being able to view the nest through binoculars from another.

May there be abundant rabbits and hares for our local eagles and their young in the 2019 breeding season.

← The globe-trotting fungus lover The geese saga of Lake Daylesford →