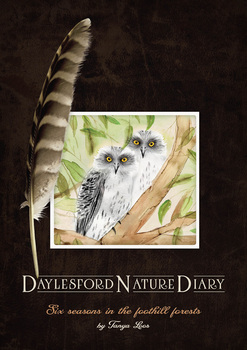 Talking of justice: I had the opportunity to right a wrong in my mind – an in-depth article about diseases in flying foxes! I was thrilled with this one! I managed to decipher an almost incomprehensible immunology paper, and get quotes from two very very smart immunologists, but most of all, I could use the correct language: they are ‘natural hosts’ to these viruses, rather than saying – these animals ‘harbour diseases’.

This article about female birdsong was a dream come true, about birds, behaviour and changing our minds about our mistaken assumptions:

Most of the articles are in the biology realm, but just one article has been posted in another section: ‘mathematics’! This one was a brain twisting challenge of epic proportions – about periodical cicadas that emerge to mate every 13 or 17 years underground… I  was the lowest pass in maths in year 12. I actually failed, but Mr Bromiley felt sorry for me and passed me because he knew I wanted to be a scientist! Numbers are not my strong point to this day…

Most of the articles are pretty lightly edited – if Andrew had to do a lot of editing I don’t think I would have the job! Still, I found it strange sharing articles that I had found hard  that Andrew had improved upon – surely the editor should be acknowledged!?! Such a behind the scenes job!!

The other thing that is strange is being science NEWS, I have had to change my style from first person, warm, conversational reflection to hard-hitting science journalist! I read the articles and go ‘ooh – who wrote that? Oh it was me!!!’

But my self is still in the writing, in the quotes I choose or reject, the conclusions I draw from the scientific paper, and language I choose to use to describe aspects of nature we may find disgusting, scary or disagreeable.  I would really like to write more articles about ecology – but when Cosmos had a competition or survey years ago and readers could choose their fave science – ecology wasn’t there! So biology it is for me right now, and I am happy with that – I am learning a lot about so many different species, behaviour and biological phenomena.

On a final happy note, I always wondered if being a generalist was a disadvantage – the moth guy, the bat lady, the dolphin expert… these people travel around offering their scientific and sci-comm wares of expertise  and passion, and their role and place in it all is clear. Stumpy-tail lizard man – he has advanced our understanding of this species in a huge way, and rewrote the rule book on reptiles’ ability to form long term monogamous pair bonds. But I like birds, bats, marsupials, reptiles, frogs, insects, plants – and the processes that hold these things together – landscape ecology, functional ecology, behavioural ecology and phenology. What role can a generalist play in today’s world? Well now I know – in science communication!